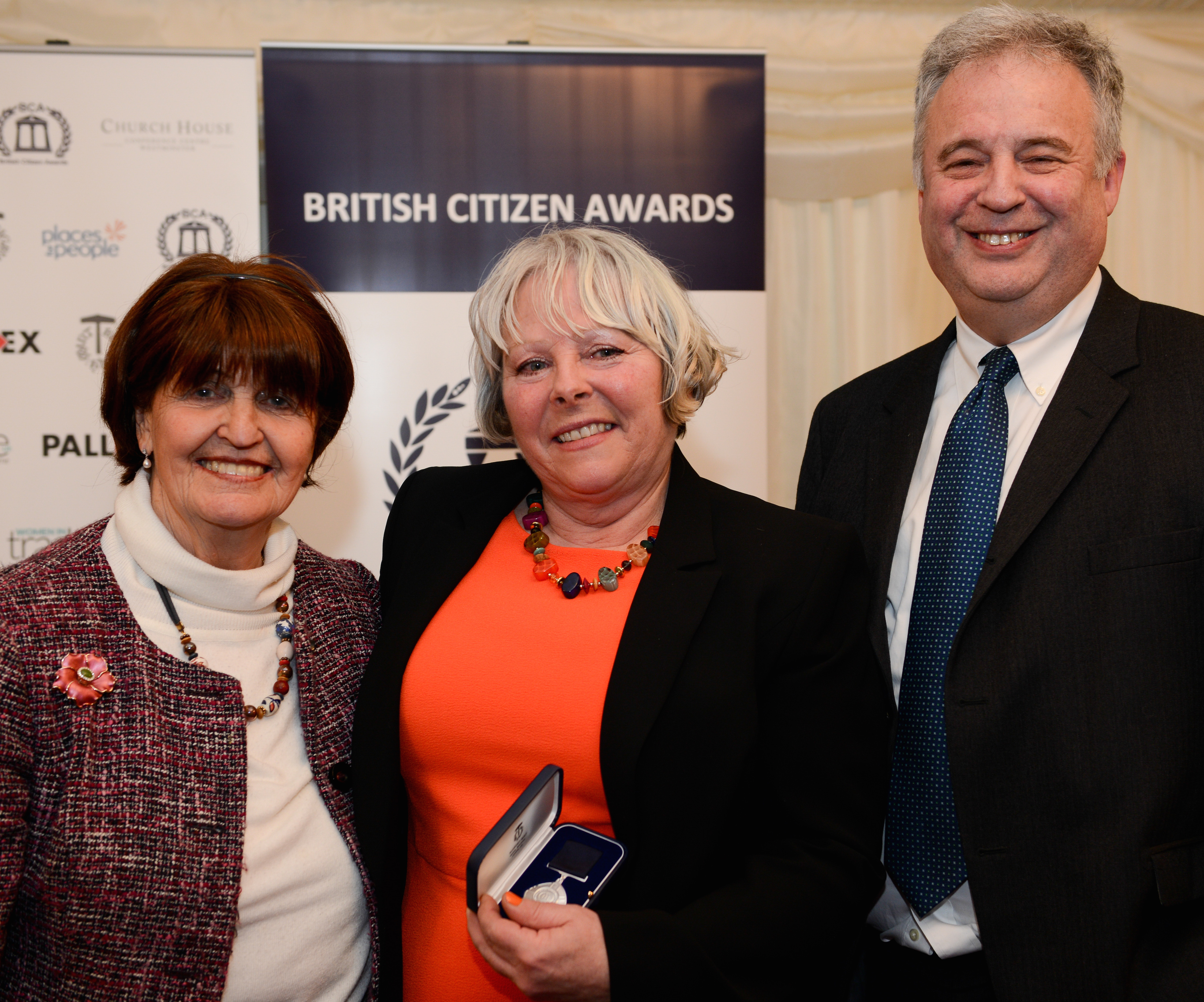 Staff at our Camberley Group celebrate as one of their own has been recognised with a new national ‘honours’ award.

After dedicated 40 years of her life to helping people in her local community, Linda Phillips was one of just 28 people given a British Citizen Award at an inaugural ceremony held at the House of Lords at the end of January . She was chosen for the award out of hundreds of nominees for her services to the community.

For years, Linda has positively influenced the lives within her local community. Originally working in Salisbury as a deputy at a children’s home, she has spent the last 25 years supporting adults with learning disabilities.

She was nominated by colleagues in recognition of her dedication and devotion to helping others. The Camberley Community Group, which is run by Surrey Choices, supports 29 adults with learning disabilities.

We nominated Linda for the award because she is one of the most passionate and caring individuals that we have ever met. She has time for everyone.

She has created a warm, friendly atmosphere at the community group, where all are welcome. Everyone who uses the service enjoys spending time there, making friends, participating in activities and generally having fun.

Linda encourages the people who attend the group to have a say in how it should be run, promoting independence and individual choice – and they all think she is a fantastic lady who gives them her all. We’re very proud to have her as part of the Surrey Choices team.

Linda has even used her spare time to help two people from the group, husband-and-wife couple, Mike and Sarah Kitching, with the plans for their honeymoon following their marriage in early 2014. Although the couple are very independent, Linda has also given up her own time to help them build furniture for their home.

The couple, who have known Linda for 20 years, said:

If you have a problem, Linda is there for you, she has a joke with you and will pull your leg. She doesn’t judge people and you know that you’re always in her heart, anytime. She is a wonderful honest lady who works hard to help people.

Linda was presented with a medal bearing the inscription ‘For the good of the country’ by Baroness Cox of Queensbury at the ceremony. Those honoured at the awards have also been invited to use the initials BCA after their name.

Linda, who lives in Camberley with her partner and their dog, said she was embarrassed and surprised to have been given the award.

“Doing that bit extra and seeing the guys smile really makes my day,” said Linda. “It would be wonderful if everyone in our community gave up just 20 minutes a month for a good cause.

The British Citizen Awards, which will be presented bi-annually in January and July, have been billed as an alternative to the Queen’s Honours system. They recognise everyday people doing extraordinary things for the greater good of society.