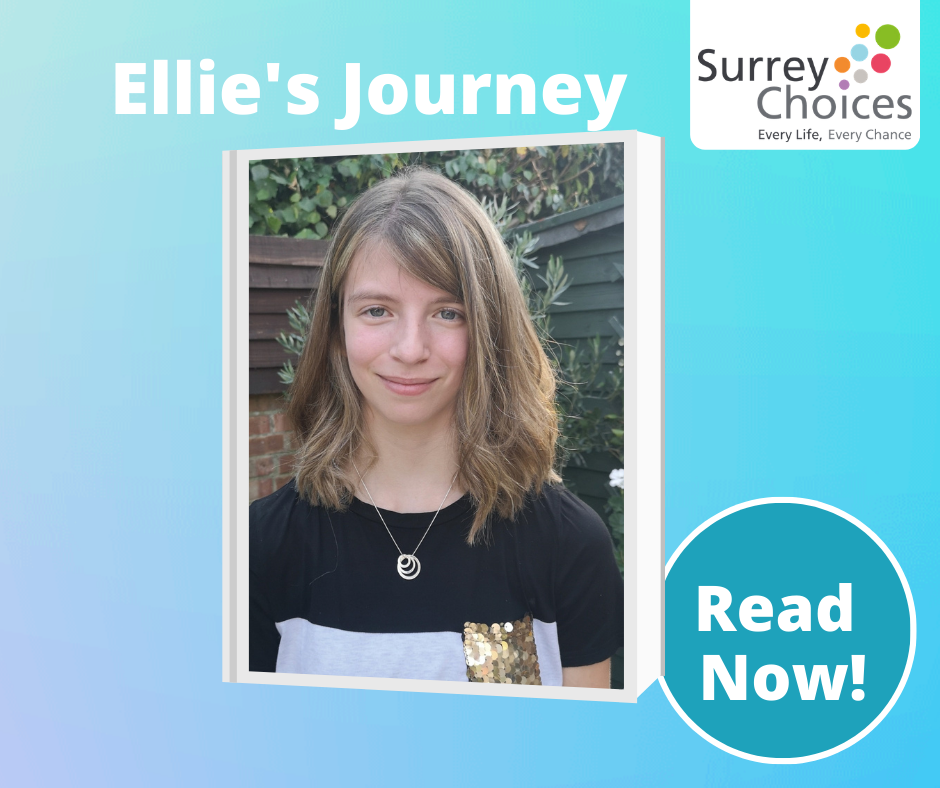 Ellie started with Surrey Choices on a Supported Internship in the Autumn term of 2019.  She had a passion for model making and showed Surrey Choices’ staff member Kate, a mask she had made in the style of a science-fiction wolf.

Taking Ellie’s passion into consideration, Kate contacted special effects company FBFX and asked if they would take Ellie on for an internship. They were a perfect fit as they make costumes and models for film companies and produce CGI for film and TV.

Kate supported Ellie in the background, staying for her initial sessions so that she had someone to come to for support.

Together they devised a set of cards for her lanyard, so that if she needed to go to a quiet space for 10 minutes, she just had to show the card to her manager, who was really supportive.

Ellie changed her role after her first term at FBFX and moved into the painting department to try something new. Then a few weeks later Ellie decided she wanted to try out another area of the company to further enhance her skills.

This was a huge step forward for her independence and confidence as she became more comfortable in her job and surroundings.

Throughout lockdown FBFX closed but they stayed in contact with Ellie to check in and make sure everything was alright. During that time Ellie purchased a 3D printer however it arrived partly broken. So FBFX supported Ellie by helping her fix the printer and to set it up so she could work on her personal projects from home.

FBFX contacted Kate to say that Ellie could come back to work if she wished and after a new risk assessment, they told her that when her Supported Internship ends in October, they would offer her paid work.

On 7th August, Ellie passed her driving test, having done her theory test with support from mum in lockdown. She is now driving herself to work and has increased her working hours to seven, three days a week.

For this reason, both Ellie and FBFX were nominated for a Making a Difference award, for their hard work, dedication and support.