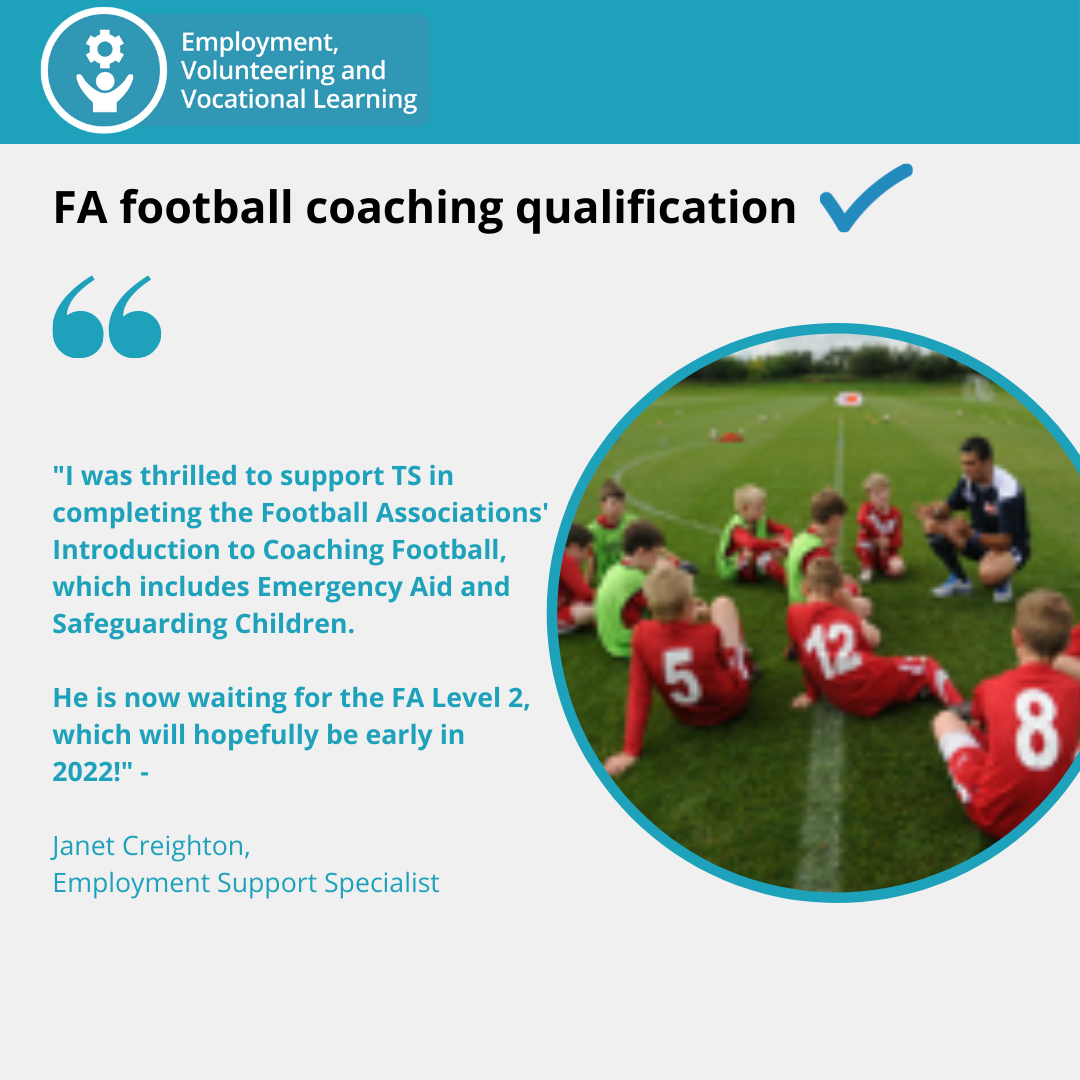 TS was referred to Surrey Choices and was allocated to Janet, his Employment Support Specialist in January 2021.

When they started to work together on a person centred plan, they soon realised they had a common interest in Football as TS mentioned he wanted to become a qualified football coach.

Janet explained that she was a qualified football coach and had the relevant experience to support him. To begin with TS completed the FA Playmaker Course and then expressed an interest in going on the Football Association’s Introduction to Football Coaching. With Janet’s support in enrolling on the course and supporting him throughout, TS passed his first recognised FA Football Coaching Qualification.

An opportunity came up with Janet’s football club to coach and manage at an all day football tournament, so he could put into practice what he had learned on the course.

As a result of the support TS has received from EmployAbility and the training course his skills and confidence have grown. He now feels ready to coach younger age groups as well as adults.

“I was thrilled to support TS in completing the Football Associations’ Introduction to Coaching Football, which includes Emergency Aid and Safeguarding Children. He is now waiting for the FA Level 2, which will hopefully be early in 2022!” – Janet Creighton, Employment Support Specialist