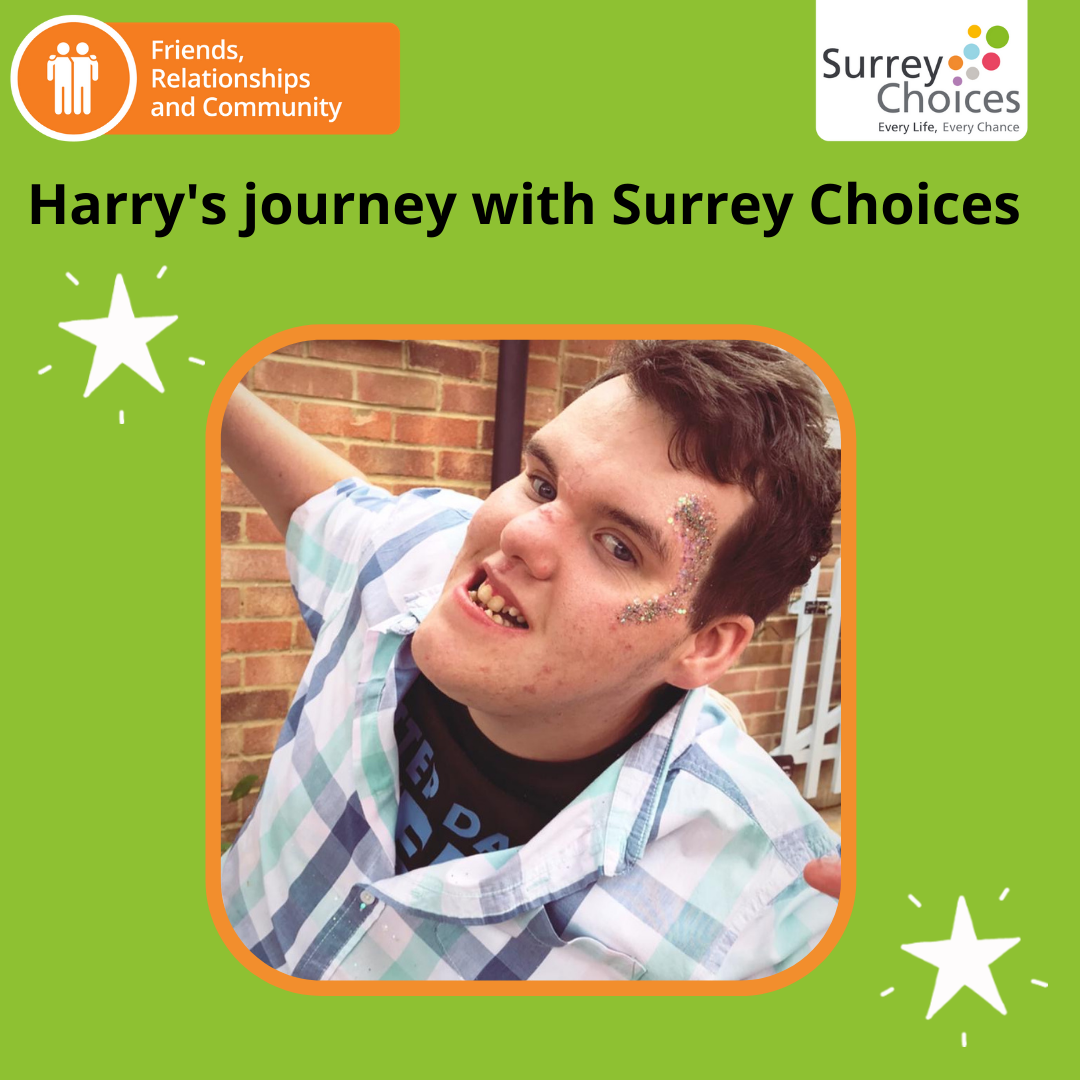 FlexiChoices has become a very important part of Harry’s life since he joined the service towards the end of 2020. Over the last few months Harry has been enjoying a mixture of walk and talks with staff as well as joining in with Surrey Choices’ virtual sessions.

Harry has been welcomed into many Zoom sessions with open arms by day service staff and Digital Choices and a result, Harry has built many new relationships and looks upon colleagues and other people supported by FlexiChoices as his friends.

This support has also had huge impacts on Harry’s family: “FlexiChoices has become invaluable. Their help and support has been second to none. The help I have received I don’t know what I’d have done without. Whether it be a phone call or Zoom, or more recently managing to help with emergency respite care. Linzi picked up on the fact we were struggling and after having a Zoom call with Jo, Linzi and Harry they managed to get us the help no one else seemed able to.”
– Harry’s Mum

Harry has just started his journey into Short Breaks Banstead to provide his family with more respite. He has had two tea visits at Short Breaks which both went well and so an overnight stay was organised. Harry was nervous about his first overnight stay to begin with at the “Banstead Hotel”, so Short Breaks colleagues went out of their way to help Harry feel more relaxed. They asked Harry what are some of his favourite things to do, and he told them “having a curry” and a “Saturday Night Disco”. And so this is exactly what Short Breaks prepared especially for Harry. Once he heard it was happening, he was excited to be going!

“Harry was originally spending 150 nights at Rodney House respite, and his plan for leaving White Lodge school was to be replaced with attending The ClubHouse in Weybridge. Harry is still going to The ClubHouse and will spend part of his time with Surrey Choices which would not have been suggested as an option for him before FlexiChoices. So it is a huge thank you to Jo Redfern and Linzi Elderfield, but a real testament to the Changing Days culture change of one organisation and “can do” attitudes of the staff teams.”
– Christina Earl, Head of Innovation and Business Development