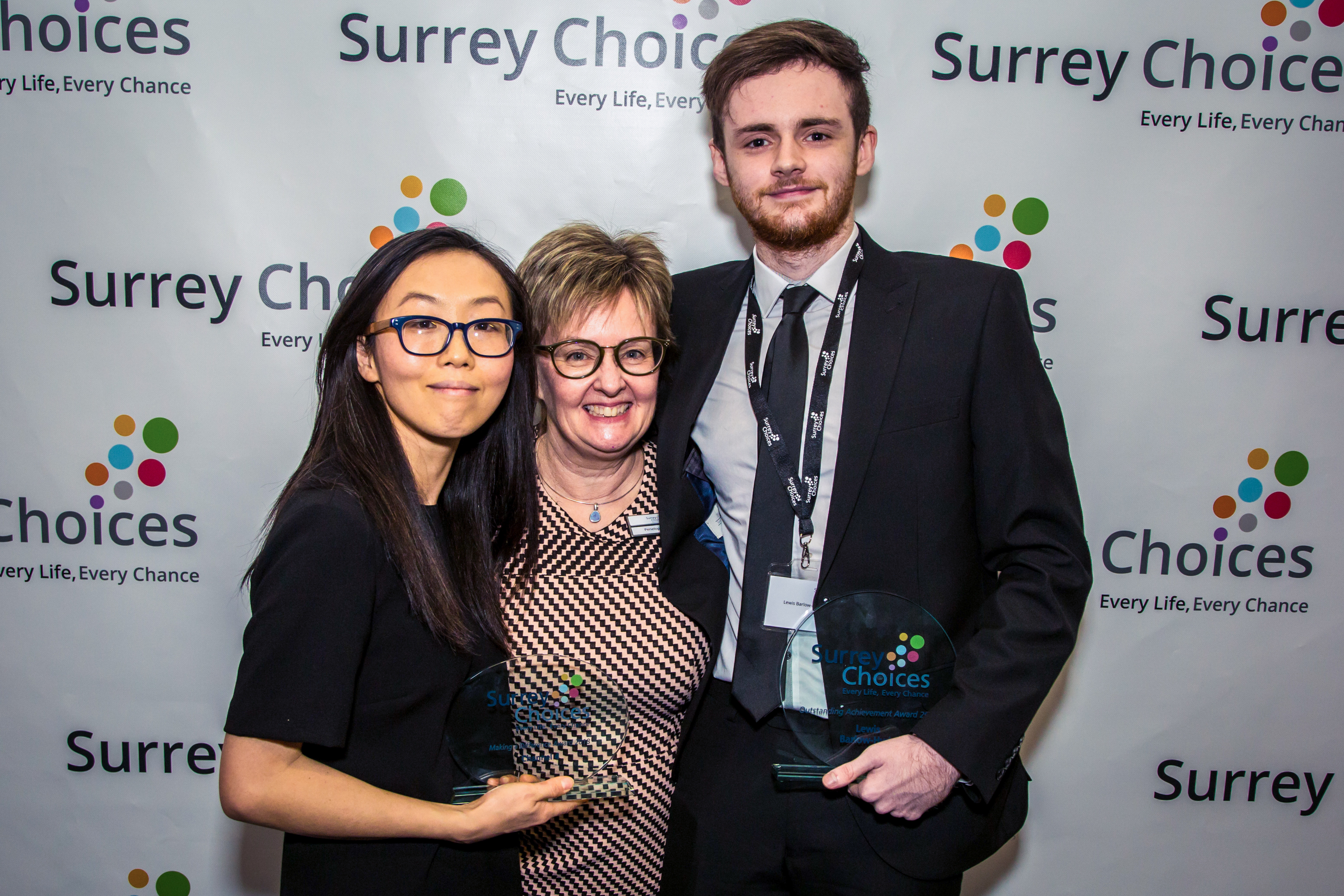 Over the past year, we have helped 900 people with autism or a learning, physical or sensory disability to find work placements through our Surrey Choices EmployAbility service.

The success of the service was celebrated recently at our Making A Difference awards where we highlighted what a difference being within a work environment can make to our customers lives.  However, it’s not just our customers who have seen the advantages – some of the biggest employers in the country have benefitted from adding hard working, enthusiastic and skilled individuals to their teams.
Channel 4 have actively put in place apprenticeships for people with disabilities. They took on Lewis Barlow-Hyde a year ago as a runner in the E4 team in their London Offices. Lewis has excelled in this position and has been offered a 4-week trial as a PA with More4 on a permanent basis. Lewis has also spent time working within the creative media department.

Lewis Barlow-Hyde, who achieved an Outstanding Achievement award, said: “Channel 4 have been the most supportive employer that I have ever worked with. They recognise that employing people with disabilities really the way forward.”

The team at Channel 4 have been equally impressed with Lewis and told us:

“In his time at C4 Lewis grew in confidence and worked hard to enhance his social skills side.  It was a learning curve for him while he was with us – and as the time progressed he was able to identify what his unique strengths are.

I have no doubt that when Lewis finds a role that he likes he will give it 100%.”

Launched in 1982 as a publicly owned broadcaster funded by commercial revenue, Channel 4 began offering apprenticeships at the start of the decade and hasn’t looked back since. As a public service organisation, Channel 4 has a requirement to invest in and nurture talent – and, as a channel with a large number of youth-orientated programmes, finds it has benefitted in numerous ways from the fresh perspective and innovative thinking that its apprentices bring.

Channel 4 is a publicly owned and commercially funded UK public service broadcaster, with a statutory remit to deliver high-quality, innovative, alternative content that challenges the status quo. It was set up with a unique model as a ‘publisher-broadcaster’, meaning that they do not have any in-house production, but instead commission content from production companies throughout the UK.