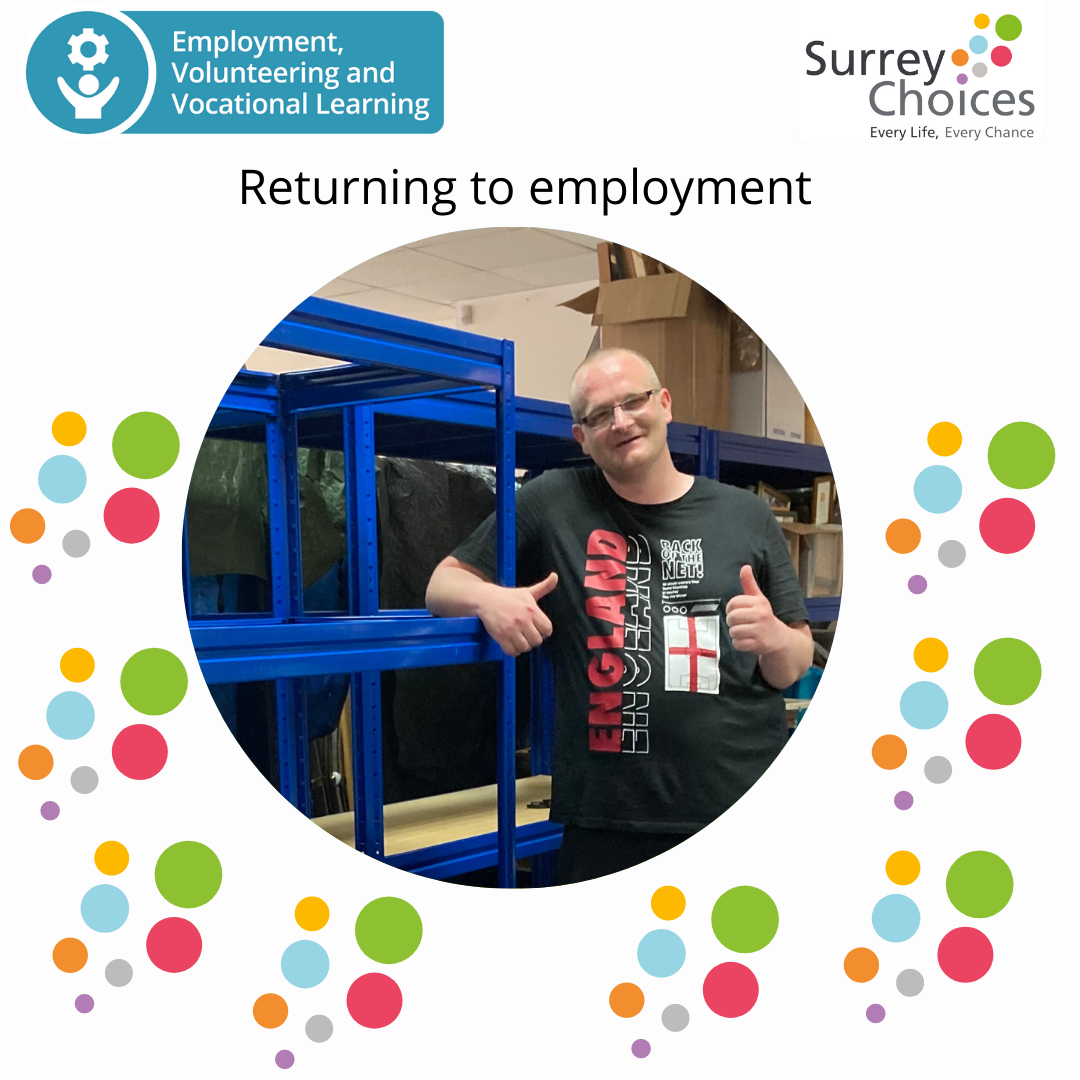 Ashley was quite reluctant to look for work options as his doctor had signed him off from looking for paid work. After some time, Ashley began thinking about working again and was keen to get back into employment.

Ashley and his Employment Support Specialist Lizzie Ayres met a few times to start looking at types of work Ashley could do. Together they looked around Camberley, asking in a couple of Charity shops if they needed anyone to volunteer. He had his heart set on the British Heart Foundation as this particular shop sells large furniture and Ashley previously worked as a removal man. He loved this job as he likes to be busy moving and lifting heavy things.

The British Heart Foundation did not have any volunteering opportunities at the time, so Ashley carried on his search and found a new charity shop in Camberley called Home from Home. He spoke to the manager of the charity shop and straight away they gelled. Ashley was offered 2 working days a week.

Ashley has now been in his role for a few weeks and he loves it. He is busy moving furniture, putting together metal shelves, clearing objects away, cleaning items and lifting furniture. He has also been out in the van collecting furniture, something else he loves to do.

Ashley always sounds very upbeat and positive about his work when he has a catch up with his Employment Support Specialist. He hopes to be on the journey to paid work again in the near future.

This has been a great success for Ashley. He was initially very anxious to start working again and is now giving his time voluntarily to a worthwhile charity and engaging with the community again.