Rhythmic Collisions perform at The Great Fair of Shalford 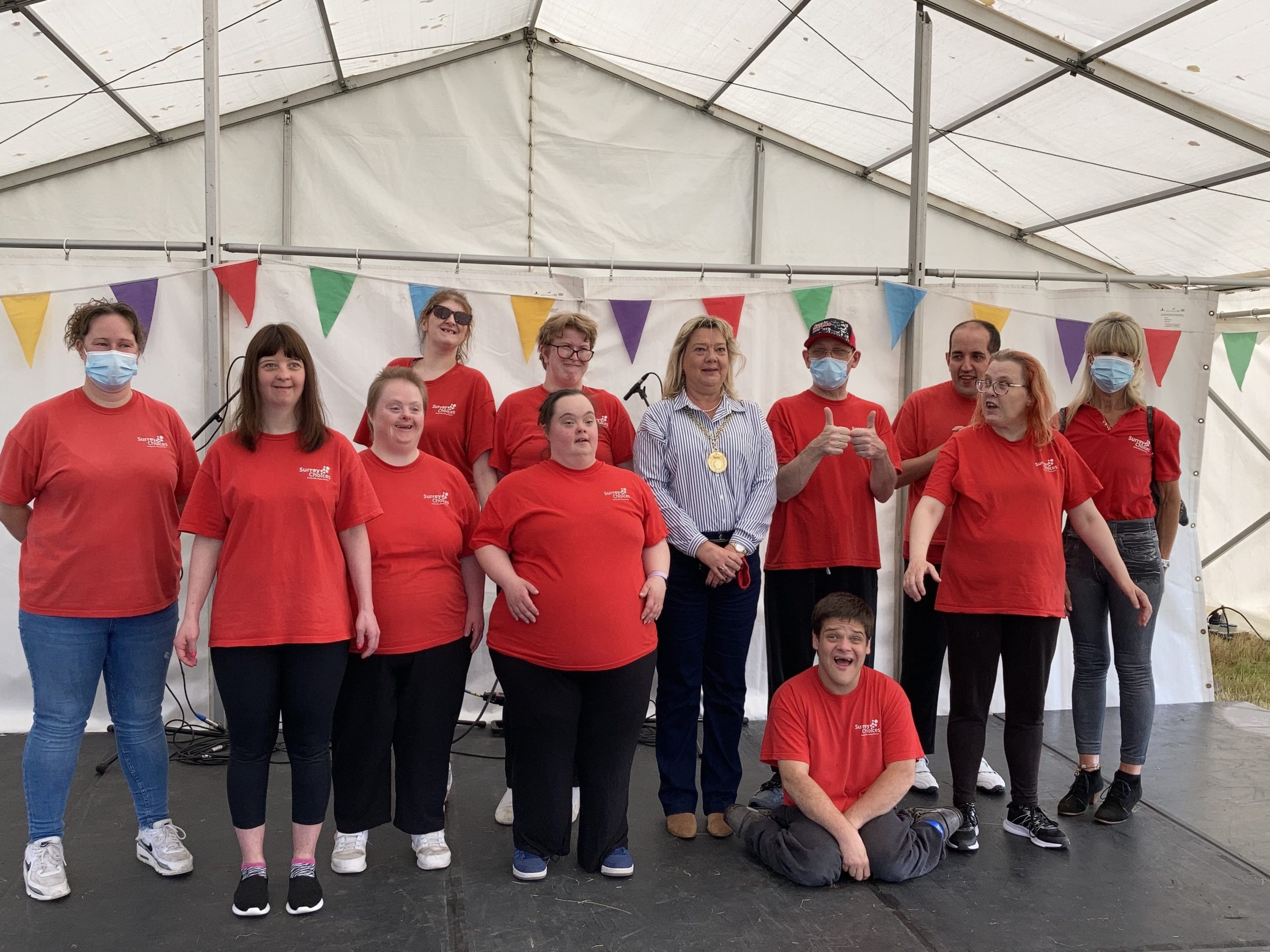 Surrey Choices’ Rhythmic Collisions Dance Company kicked off proceedings in the theatre tent at the Great Fair of Shalford on Sunday 5 September. There was a natural buzz in the air, with numerous stalls, artists, and musicians ready to sell their goods and perform on stage.

After an opening speech from the Mayor or Guildford and master of ceremonies Peter Gordon. The Man in the Moon theatre tent was ready and raring to get going, and up first was Rhythmic Collisions.

Surrey Choices colleagues, Helen Louise Lampard and Suzy Knox were present alongside the dancers as they took to the stage. With a large audience in front of them, the dancers performed exquisitely and seamlessly from one routine to another. It really was an impressive, choreographed piece from Helen and Suzy and executed wonderfully by the dancers. 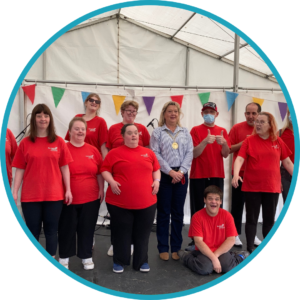 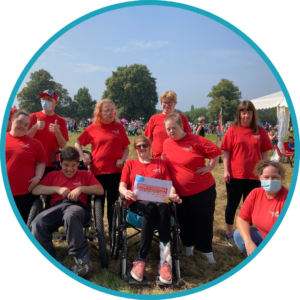 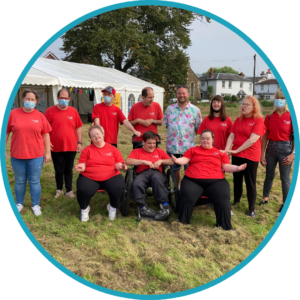 Many of the rehearsals for this performance were practised on Zoom, but as restrictions lifted, so did the opportunity to find a rehearsal space. Suzy Knox and Helen-Louise Lampard viewed many studios and halls, before finding an accessible and suitable venue – Jacobs Well Village Hall.

The group’s morale and confidences have soared since they have been together in the last month. Their smiles and laughter have been wonderful to see and hear. Here is what the dancers said after their performance:

Debbie: It was brilliant! Because it was nice seeing people that we haven’t seen for ages, like Paul from Man in The Moon!

Tammy: It feels marvellous to have an audience again!

Kerry: I felt beautiful dancing on a stage and the audience watching and clapping!

Rhythmic Collisions perform at The Great Fair of Shalford