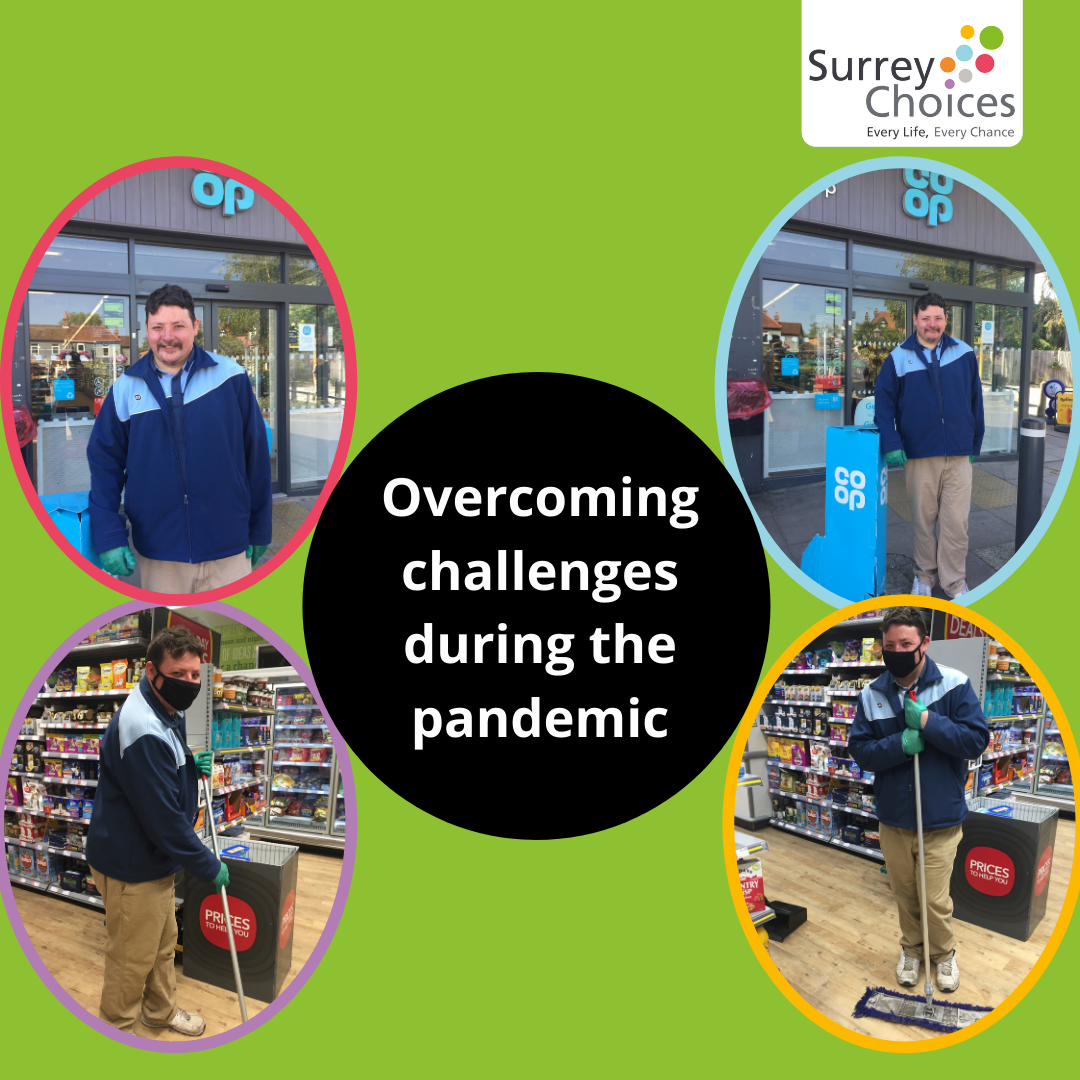 Darren started working for ISS Solutions cleaning agency in August 2019. His role is based at a Co-op in Surrey, where he received two days training with his ISS line manager.

A partnership support plan was set up between Surrey Choices and The Halow Project with whom Darren receives buddy support. This was put in place to provide one to one onsite job coaching until Darren was confident to work independently.

As with any new job there were many duties for Darren to learn when he began his new role. He learned how to use an industrial Karcher floor washer, to safely handle cleaning chemicals and to follow the health and safety guidelines.

Darren was provided with laminated prompt cards by his Employment Support Specialist from Surrey Choices. These cards contained photos and instructions for most of his tasks at work and were there for him to refer to.

Recognising that the large Karcher machine was difficult to handle. ISS Solutions replaced the machine with a newer, smaller model that was much easier to operate. Darren rapidly developed the skills to use the machine independently, allowing Surrey Choices to fade back on-site support.

Adjusting To The Pandemic

As the pandemic began to affect the country, Darren quickly adjusted to the challenge of being an essential worker. He understood social distancing measures and using Personal Protective Equipment such as masks and gloves on public transport and throughout his shift.

There have been times over the past year where Darren has felt very anxious about getting something wrong. However, he has faced each challenge and succeeded in dealing with any problems as they arise. He has now worked over a full year in employment, working independently and consistently, for which we are extremely proud of him.