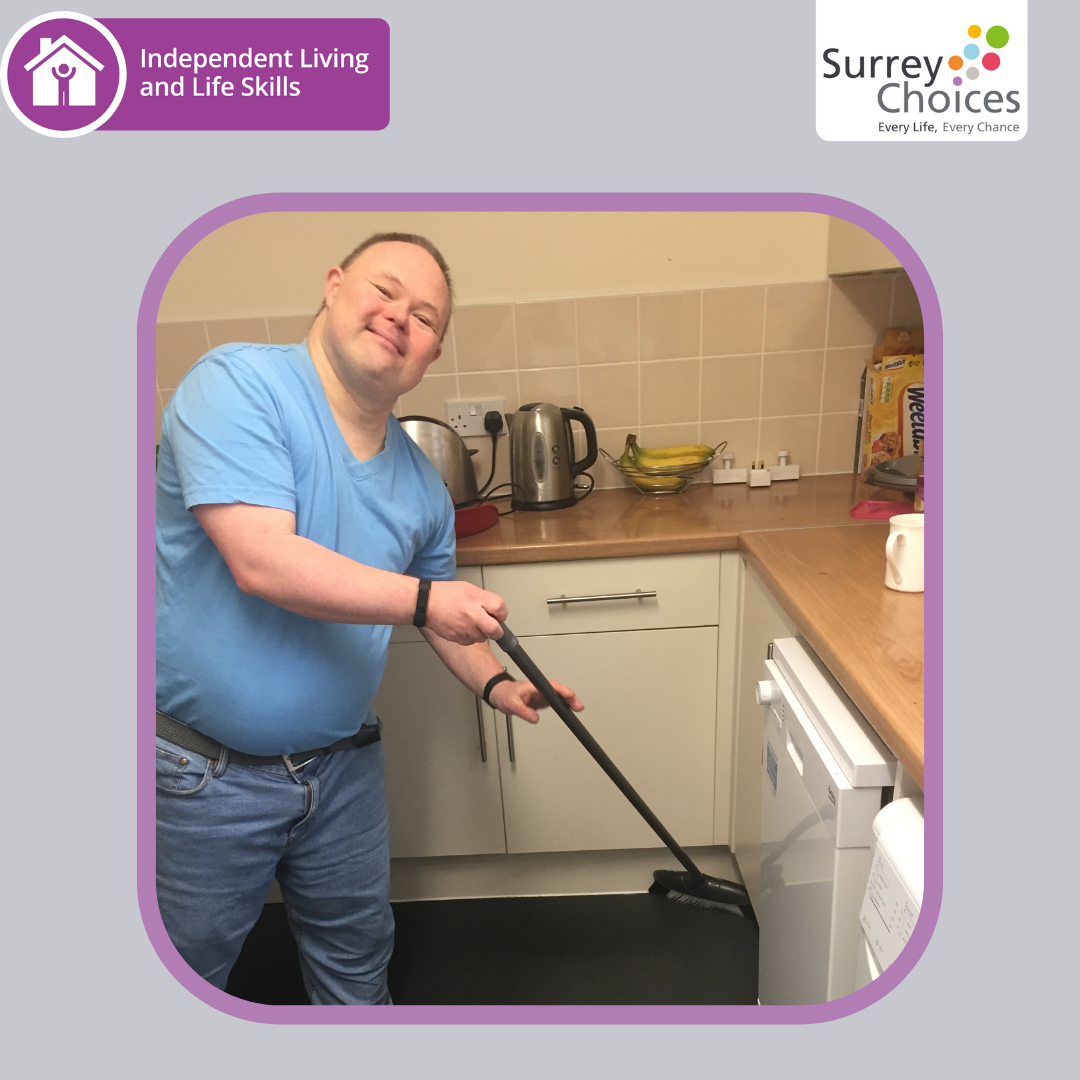 Stephen, a person we support, wanted to learn new life skills to help keep his flat clean and tidy. Supported by Surrey Choices colleagues and his mother, Stephen was able to create a step by step plan that will enable him to become more independent around his home.


Stephen was learning the different ways to clean all areas of his flat, from kitchen surfaces to his living room. Taking each section step by step Stephen was able to to learn safe and efficient ways of keeping his home clean.

After cleaning his flat a few times Stephen learnt that he can tidy his home all by himself which boosted his confidence in himself. He is now getting much more thorough at keeping his flat tidier and he is clearing away as he goes. This has had a huge impact on Stephen’s independence as he has become a lot more self-reliant around his home.

Stephen is really pleased with how his flat looks and feels, and is very proud of his achievements. His mother said: “With the support of myself, Surrey Choices and Stephen his flat is looking much better, and he is keeping it tidier himself!”
Share this post