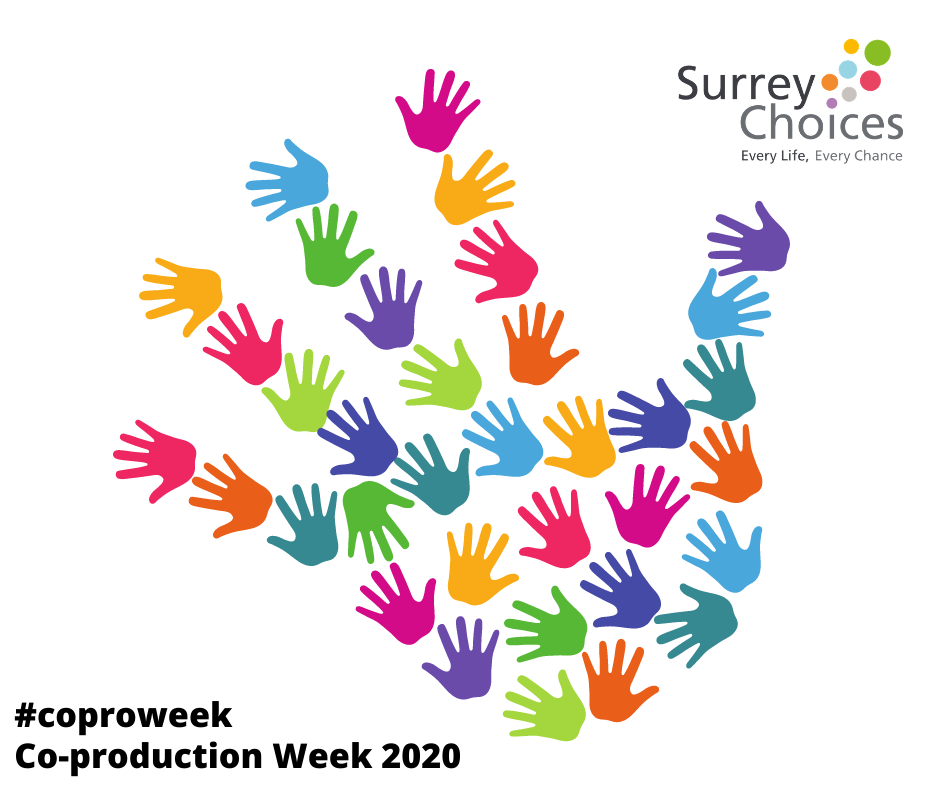 People supported by The Farnham Community Group talked about ways they had helped others in the past, with one lady recalling the ways she and her mum helped homeless people by cooking them meals and giving them clothes. This sparked a year of fundraising, planning and delivered by people who attend the group. The end result was not only support for others outside the group, but also a massive increase in their confidence, independence and skills.

The group chose to support a range of causes, including Vaughan House (a Guildford charity for the homeless), Red Nose Day and The Fountain Centre, Surrey Choices’ charity of the year at the time. People in the group were involved in every stage – they came up with the ideas, discussed them with staff and found out the information they need to plan the fundraising events.


One contacted Vaughan House to see what was needed then worked with Woodlarks Centre to collect food, clothes and deodorant for the charity.  Another gentleman contacted the Spectrum to arrange a bowling tournament, finding out how many people could take part and how much to ask people to pay to take part and raise money for The Fountain Centre.

Each person fulfilled a wish to help others, especially one gentleman, Tony, who wanted to organise a sponsored walk to help people with cancer, as his parents had previously had cancer. With staff support, he laid out his plan – he wanted to go to all the shops in Farnham to ask if they would sponsor him, and find the best place for the walk.  He organised a sponsored walk form and got agreement to use Milford cricket club grounds.  He also got The Harbour staff and customers involved. His enthusiasm for this project rubbed off on other customers (even those who previously struggled relating to others outside the group) and they all got involved in going to the local shops asking for raffle prizes. The Farnham group was buzzing with the feeling they could achieve anything they wanted to!

Tony’s comment shows just what this project did for him, telling us how he felt’ “I thought I was useless, but now I know I am not.”

This enthusiasm rubbed off onto other people who are supported at Surrey Choices Harbour Activity Centre. Their confidence and independence skills increased as they visited local shops to ask for donations. It also helped to change the perception of people in the local community, as they saw that the people we support are capable people doing something positive with their lives and doing things for others.

And then came the day, the big achievement, Tony was both nervous and excited, the Farnham group and the Harbour had already collected the money all £2081 of it and had only 10 laps each to do to complete their goal. And with a big grin on his face Tony’s goal was achieved. And his success was immortalised in a photograph with others from the Farnham Group and the Harbour, in the Farnham herald, with his story of what his goal was and how he did it for all to read underneath it, the photo is now in pride of place in his home and makes him feel good every time he sees it.

Here is what some of the customers said about getting involved in the fundraising and co-producing it:

“I was nervous at first talking to people, but I was surprised people gave more than I thought. I felt grateful. It made me feel good to do this work for a good reason.”

“I liked the homeless project. It’s important to make sure everyone has clothes and food. I also liked the sponsored walk, it’s good for my health and we were in the fresh air. It made me feel good to help other people.”